Generations of students from around the world dedicated to map-making have passed through this building, the last of them leaving in 2000. Now the original building of ITC in Delft is no more. It was demolished in October 2010. ITC itself, now a faculty of TU Twente, will celebrate its 60th anniversary in Enschede in December 2010.

In Delft, the neighbouring Mijnbouw building is already open in its new role as TU Delft's Technical Museum. The remainder of the surrounding area is scheduled for re-development with extensive accommodation facilities for hundreds of overseas students. 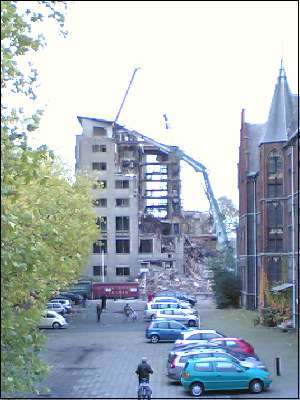