March 2011 marks ten years since Earthworks began when Colin Reeves first became part-time with ITC. Time to reflect on ten years of projects and look forward to the future.  The way we are still thinking was set out in a recent public presentation entitled Africa: Resources in Development. A PDF version of the presentation may be downloaded here.

The seminar formed part of the Rast-Holbrook Seminar Series organised by the College of Arts and Sciences at the University of Kentucky, Lexington.  Colin spent three weeks in February there in the Department of Earth and Environmental Sciences. In addition to the public seminar, he presented his African Geodynamics course as a full credit lecture series as the guest of department chair Tiku Ravat. 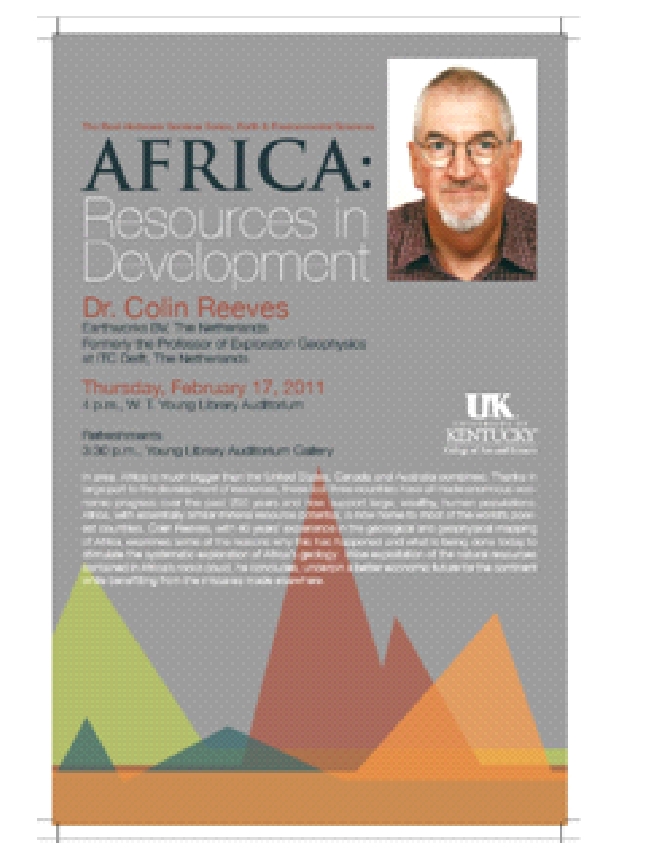