One of our biggest assignmemnts to date was completed at the end of 2011. Leading the team of consultants, made up of Earthworks BV, Geoexploration (Nigeria) Associates and GeoWitch of The Netherlands, supervising the new two-million line-kilometre airborne geophysical coverage of all onshore Nigeria was an assignment that extended over almost eight years. Paterson, Grant and Watson delivered their final interpretation products at the beginning of 2012.

Copies of the data and reports can be purchased from the Nigerian Geological Survey Agency in Abuja (http://www.mmsd.gov.ng/).  The work is part of the World Bank's Sustainable Management of Mineral Resources Project, designed to give new impetus and direction to commercial exploration for solid minerals in the country and re-establish after half a century a significant role for indigenous minerals in Nigeria's economy. An idea of the new level of detail afforded to the geological map of the country may be gained from the ternary image of the gamma-ray spectrometry undertaken during the airborne survey, reproduced below. Many other examples can be found on the geophysical data portal of the Ministry of Mines and Steel Development mentioned above. 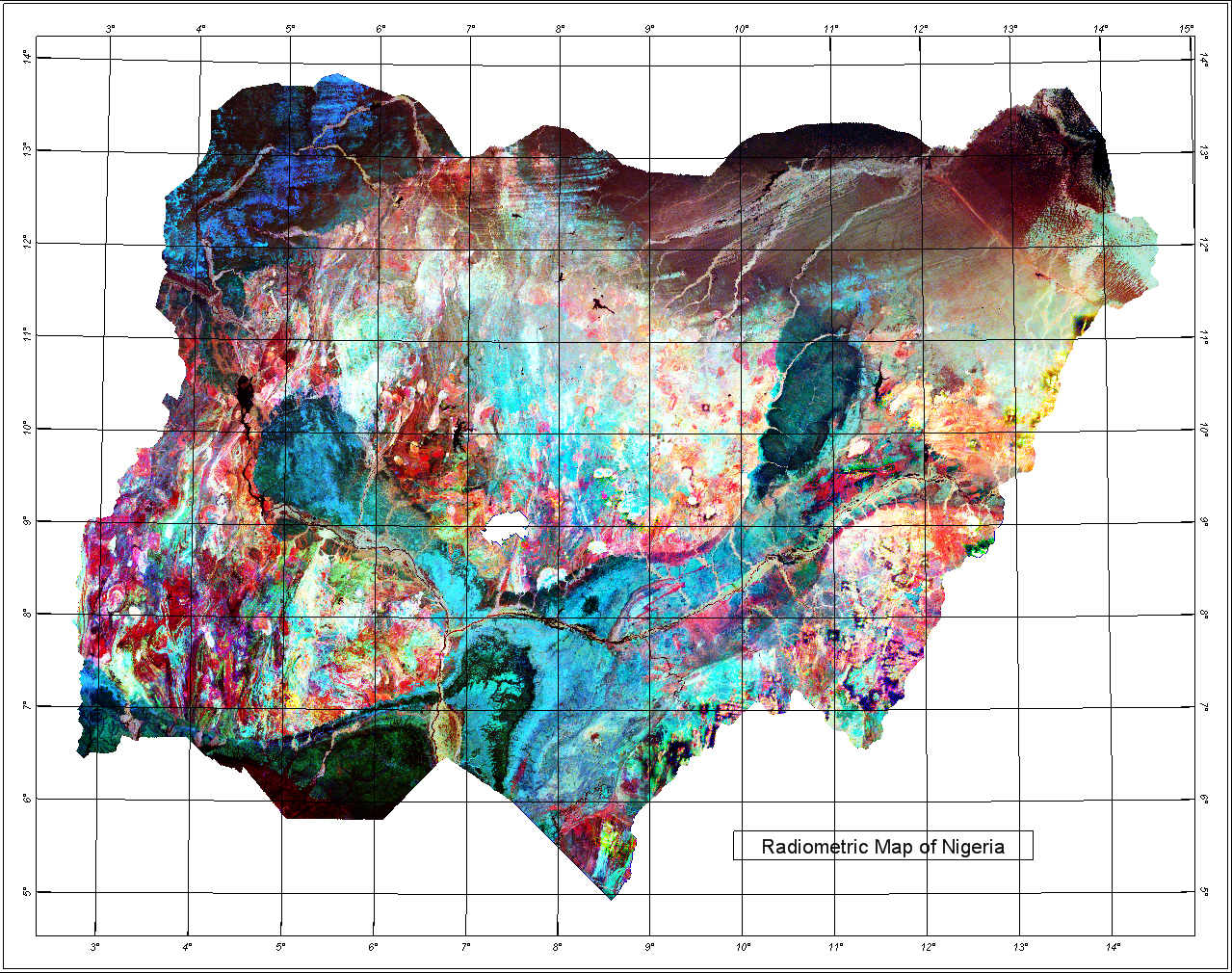