A model of the evolution of the Indian Ocean that has been under development for many years has now been published.  The digital version was released on February 27 under doi number http://doi.org/10.1144/SP431.12 with the title Insight into the Eastern Margin of Africa from a New Tectonic Model of the Indian Ocean.  The contribution is part of Geological Society Special Publication No. 431: Transform Margins: Development, Controls and Petroleum Systems (eds  Nemčok, M., Rybár, S., Sinha, S.T., Hermeston, S.A., & Ledvényiová, L.).

The paper addresses (a) a Gondwana reassembly refining earlier publications and (b) a dispersal model based largely on ocean fracture zones, focusing on the relative motions of Antarctica against Africa and India against Antarctica.  A new exaimination of the movements of Madagascar against Africa then leads to a closure of the plate circuit between Madagascar and India with the least invention of unsubstantiated movements between these two fragments and the intervening Seychelles and the Mascarene fragments.  An animation of the model is to be found under the 'Gondwana' tab at the top of this webpage.  The Euler rotation parameters that define the model are published in this paper for the first time. A rotation file for use with CPSL 'Atlas' software is available from the author on request. 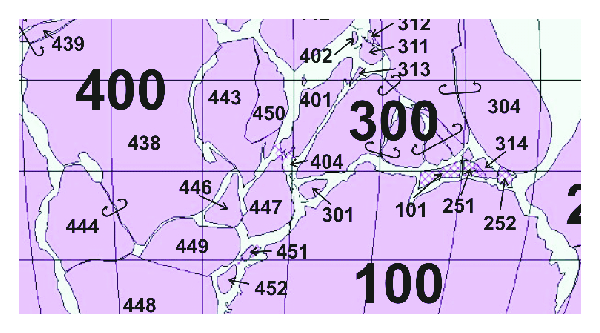