The work of refining the model of Gondwana break-up and dispersion is on-going. New, improved data for the magnetic isochrons in the Indian Ocean greatly reduce the level of uncertainty in the paleo-positions of  Antarctica and Madagascar against Africa.  This, in turn, reduces the uncertainty in the position of India once it was able to move independently of either Antarctica or Madagascar. The most recent model is used in the new animation on the Gondwana page of this website.

The earliest independent motion of India (at the beginning of the Cretaceous) is now concluded to have been mostly away from Antarctica, though the failure until now to recognise magnetic isochrons reliably in the resulting ocean means this cannot be confirmed directly. The outbreak of the Kerguelen mantle plume at the triple junction of (Greater) India, Australia and Anarctica led to a new ocean propagating westward as far as the present-day Krishna-Godavari delta on India's east coast and then diverting south between India and Sri Lanka-Antarctica. Significant initial growth of this ocean, in the present model, is confined to a period of about 10 myr before M0 time - the start of the Cretaceous Quiet Zone - at 126.15 Ma.  The figure below shows geological data from an early version of the IGCP-628 Gondwana geological map in the configuration we propose for Valanginian time. 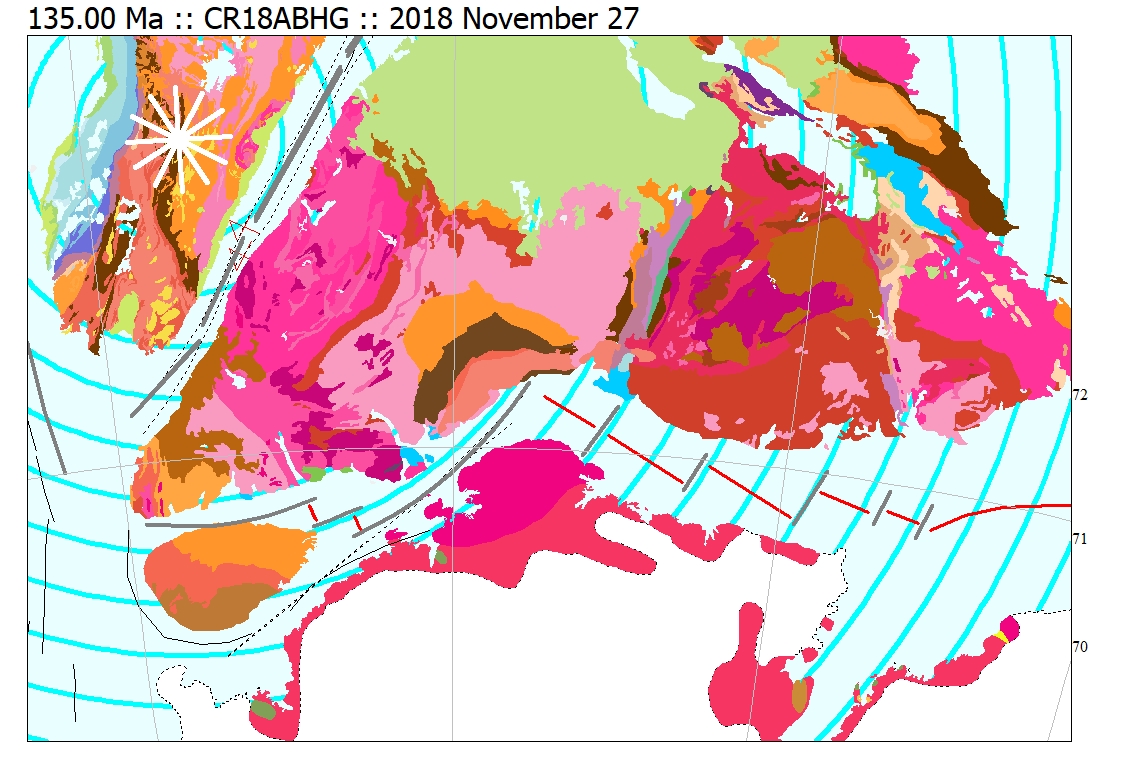