The new airborne geophysical coverage of Nigeria was completed in July 2010 with the addition of airborne gravity and magnetic survey over the region of the Niger Delta. The aeromagnetic and gamma-ray spectrometry data acquired up to July 2009 were released in January this year. The new survey now covers the whole land area of the country - over 2 million km of flying.

The release of the Phase Two data took place with due ceremony in Abuja, Nigeria on January 26. Representatives of the Ministry of Mines and Steel Development also gave promotional presentations at the 2010 Mining Indaba in Cape Town, South Africa in February and at the 2010 PDAC in Toronto, Canada in March. More information on the World Bank sponsored Sustainable Management of Mineral Resources Project (SMMRP) in Nigeria may be found on the website of the Ministry of Mines Steel Development. The Powerpoint presentation made by Colin Reeves in Abuja in January may be downloaded here. The poster presented at the SEG Annual Meeting in October 2010 by the interpretation team may be seen below. 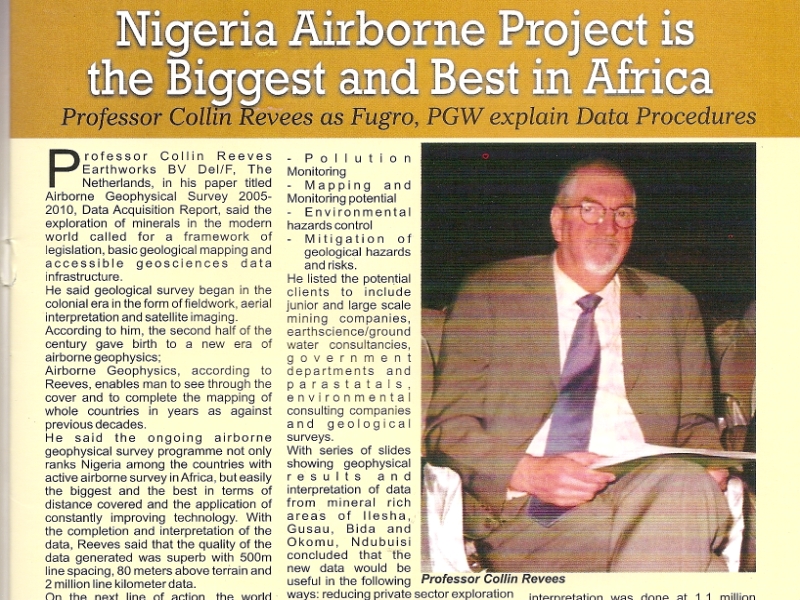