Three Beers from the Mid-Atlantic Fridge!

In May 2012 Colin visited Iceland again, this time with his two sons Richard and Alexander. An earlier visit, as a student in 1966, was an early influence in his decision to study earth sciences.

The brief trip enabled the three to visit most of the tourist attractions in the SW of the country.  Included was a tour of a geothermally-powered combined electric power and district heating facility that delivers electricity and hot water to large parts of Reykjavik at very low cost. They also enjoyed the coastline, the geysers, the waterfalls and the snow-capped glaciers. Nearer to home, in The Hague, a geothermally-powered district heating system for 5000 homes is being officially inaugurated today, in the vanguard of many more schemes planned for The Netherlands in the coming years. 'Geothermal' is clearly a development to watch as a geoscience-based contribution to future energy needs. 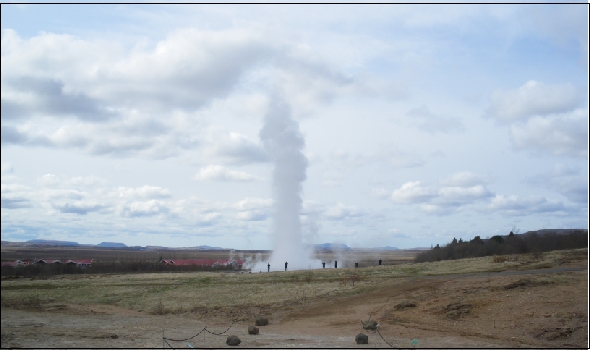