Earthworks on the Radio in New York

Colin Reeves contributed to a an item on Uptown Radio in New York concerning a new World Bank initiative in Africa. The plan is to raise US$ 1 billion for systematic mapping of the whole of Africa to stimulate the resource exploration sector. Many people probably find it difficult to imagine that the geology and resources of much of the continent is still largely unknown, even today. The original news report came from Reuters.

Africa is, at the same time, both the central fragment and the weakest link in the geology of Gondwana when the maps of the other fragments of the former supercontinent are put together. In the past 40 years, in Colin's experience, a sum of close to $1 billion has already been spent on geophysical mapping exercises in sub-Saharan Africa. While some countries, such as Botswna and Namibia have exemplary records of publishing the results of these baseline geoscience exercises, many others have fallen into the misconception that such data sets are some kind of national 'treasure map' that should be kept secret. As a result, the data is inaccessible to the majority of earth scientists who could bring their intellect to bear on interpreting it and so fleshing out the regional geology of Africa's extensive - but largely concealed - Precambrian terranes. Such major geological divisions of the Precambrian geology obviously cross national frontiers within Africa just as they also cross from Africa into other Gondwana continents that were formerly part of the same continuous continental crust. International cooperation, with a maximum of input from the resident geologists of Africa, is therefore the logical way ahead. But many political leaders in Africa fail to endorse this belief. 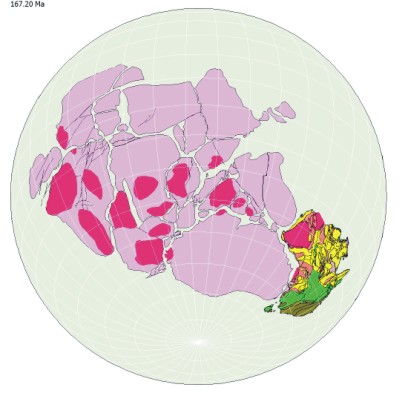