A short symposium was held in the Department of Earth Sciences in Cambridge on Friday February 9 this year.  The theme was to honour the memory of Alan Smith and some of the many ways he contributed to teaching, research and scientific progress over his career  The event was held the day before his memorial service in St John's College Chapel and was followed by a meal attended by Alan's daughter, her family and some of Alan's many friends in a Cambridge restaurant that evening.

Speakers at the mini-symposium included Nigel Woodcock, Euan Nisbet, James Jackson, Andy Gale, Robert Hall, Colin Reeves and Roy Livermore.  Peter Friend took the chair.  Each speaker was allowed 20 minutes and more than 50 people filled the lecture theatre used for the event.  An informal reception was held in the Sedgwick Museum immediately afterwards. Even people who knew Alan well were surprised by the breadth of the work Alan had contributed to through his enthusiasm and perceptively critical - but always friendly - outlook. 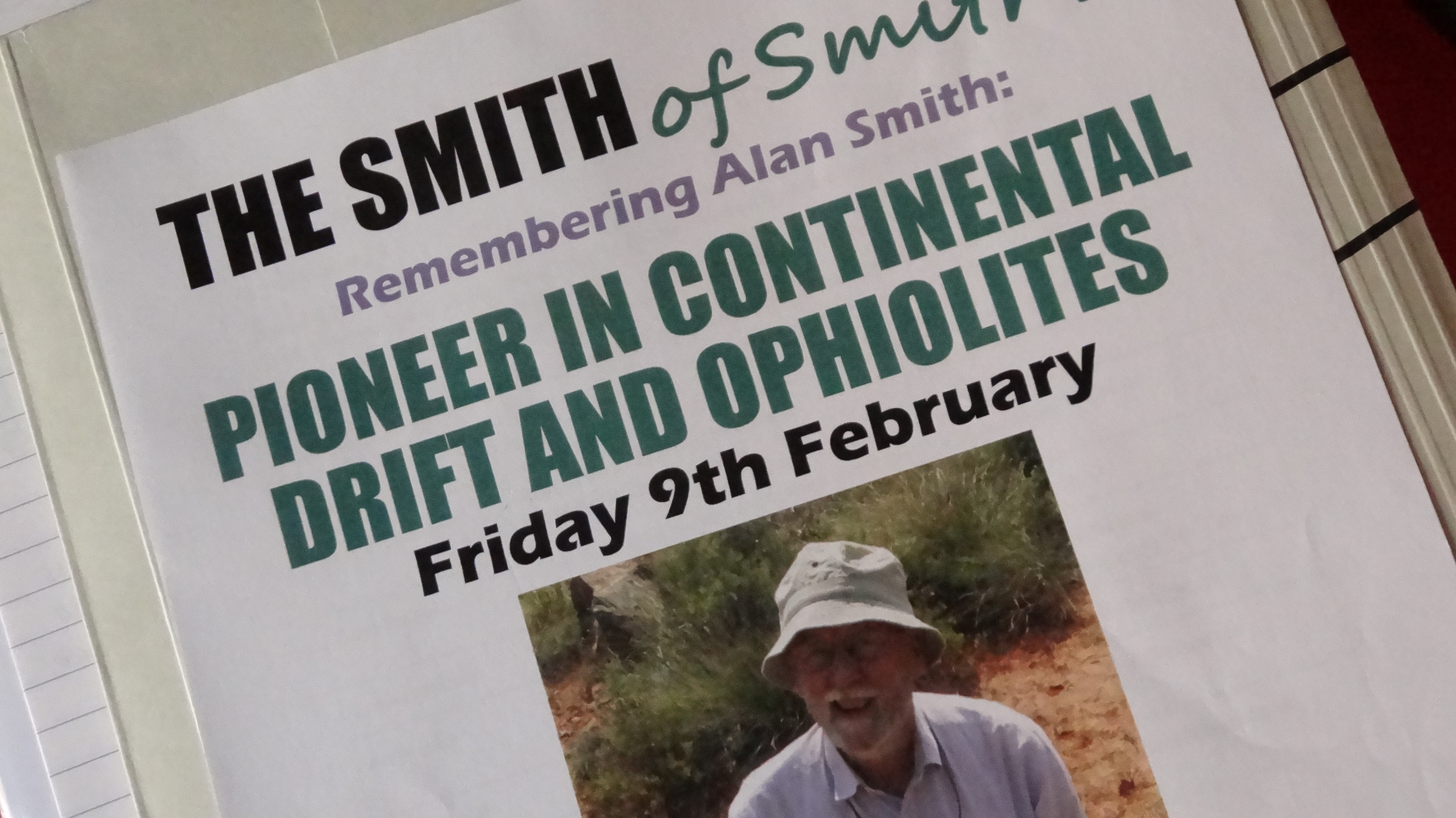